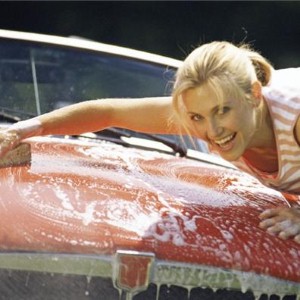 Women may be conscientious with their domestic cleaning, but when it comes to keeping their cars in sparkling condition, they fall short of their duties, new research suggests.

More than half (56 per cent) of women leave their cars unwashed for six months or more, compared to 44 per cent of men, a poll by online car retailer Autoquake found.

The survey, which questioned more than 1,000 motorists, revealed that one in three (34 per cent) women washes her car inside and out once every six months, while 13 per cent only give their cars a thorough cleaning once in a year.

Four per cent of respondents conceded that they never even bother to clean their vehicle.

Women were also found to be more likely to get someone else to clean their cars for them - seven per cent said they pay for car cleaning services, compared to four per cent of male drivers.

Dermot Halpin, chief executive of Autoquake, said: "Letting your car get dirty is a bad idea.

"It doesn't just look shabby: nasty deposits like birdlime can damage a car's paintwork, while salted roads in winter can corrode alloy wheels."

He added that dirty cars are likely to have number plates obscured by dust, and this could land drivers in trouble with the police.